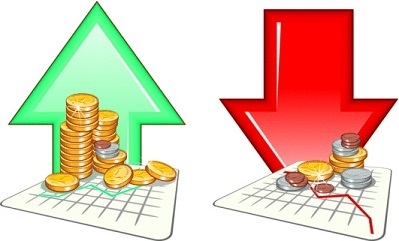 We Are Living in Interesting Times

These are definitely interesting times.  My financial services career started in 1987, and I have seen a lot of changes and ideas/concepts come and go.  I have watched events and people defy logic for a period of time only to witness that the market universe’s balance will eventually prevail. I have watched people jump into investments because of the “returns” without properly evaluating actual profits. I have heard many times from investors that they "will know when to get out” only to see them get caught in a crowded exit.  I have seldom seen “betting the farm” work well, especially over time. There is no such thing as passive investing: Interest Rates, Economics, and Political realities are constantly changing and all should be considered regularly. The below charts and comments are intended to help form questions regarding current events; shed some light on reality; and, hopefully, help all of us ponder what is really important going into the new year.

We work daily on providing stability for our clients.  We prefer to target our allocations with the goal of beating inflation while preserving capital, giving our clients real spending power. 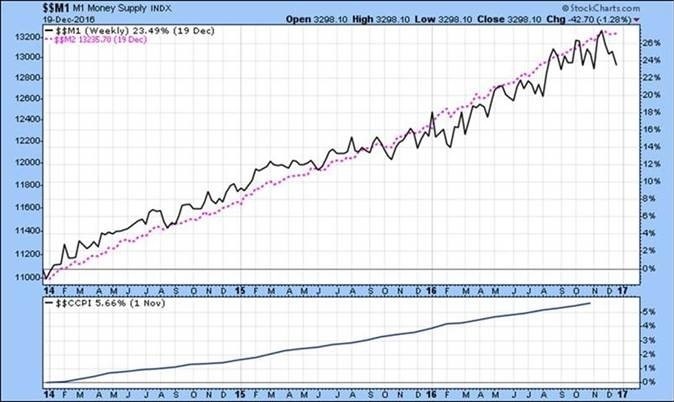 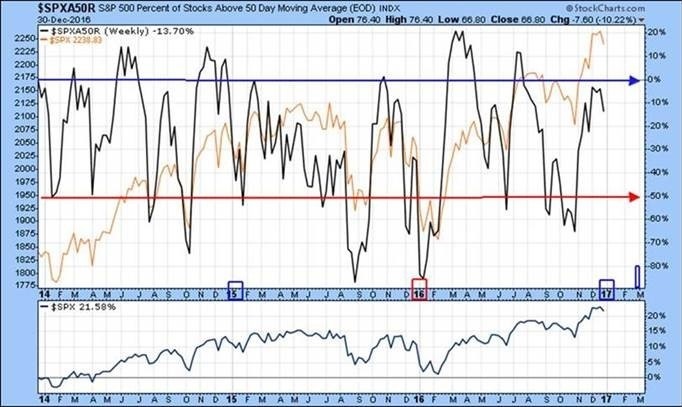 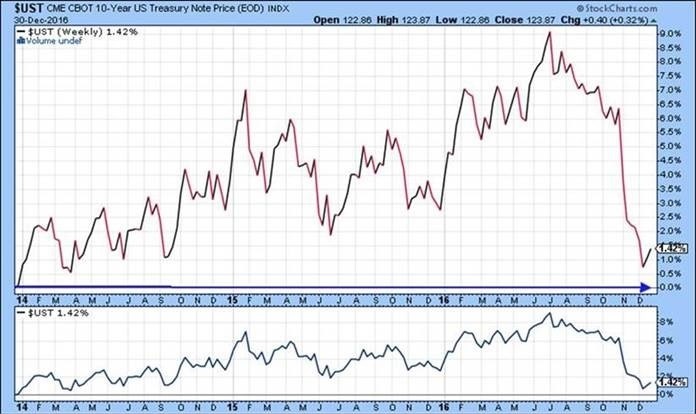 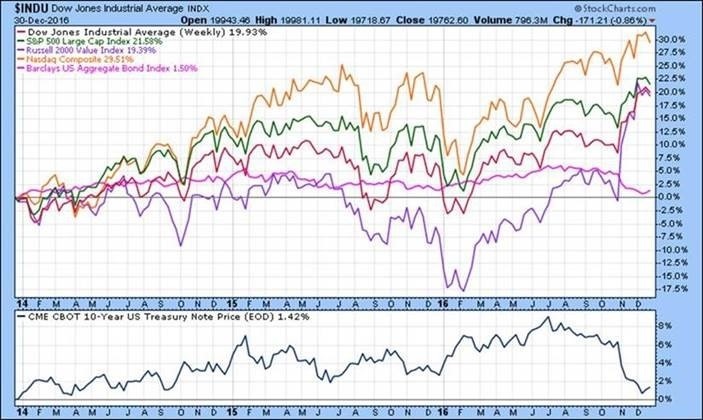 All of the above charts were created on January 1st, 2017.

Is this growth coming from debt only?            Return on Investment Expectation? 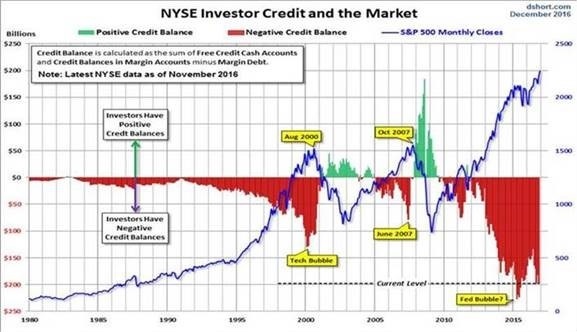 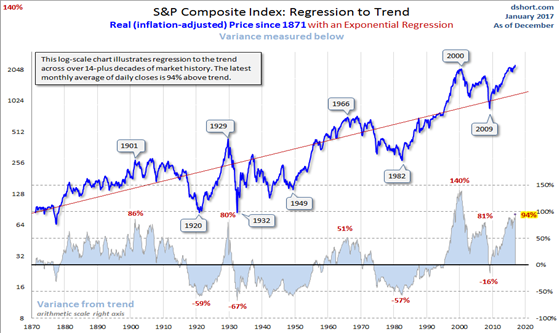 US Federal deficits (Debt Load) means the “Fed” can't raise rates significantly because the government can’t afford to pay the interest on the national debt without accelerating the issue. 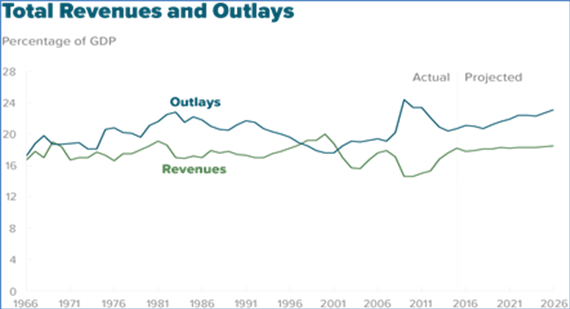 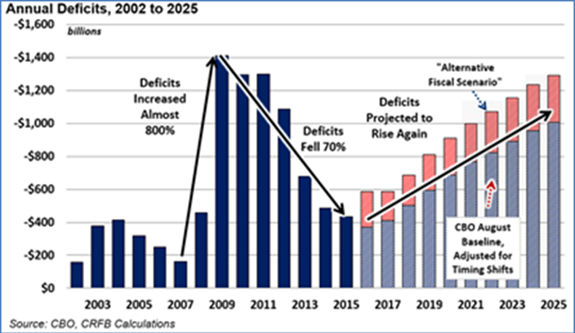 In 2015 there was a 15% correction.  Remember the beginning of 2016? January and February were not looking bright (are you prepared to sleep through 10% or greater corrects?).

The federal reserve says its target is 2% annual inflation; however, the CPI average is just over 1.6% and yet they run the risk of slowing the economy by raising interest rates.  At best, with full market risk (100% exposure to S&P), someone might have gained 15% total (20% S&P gain - 5% inflation = 15% net) over the last three years or 5% annually. Is it worth being over-allocated and throwing risk to the wind?  We do not think so.  We work daily on providing stability for our clients and prefer to target our allocations with the goal of beating inflation while preserving capital, giving our clients real spending power.

Risk vs Reward: What do you observe concerning return and risk?  We would like to hear from you. All questions and comments are welcome!

Our mission in the Wealth Management business is to provide you with the clarity, confidence, and commitment to help you achieve your financial goals, giving you a new-found understanding of how much is possible.

This is just for educational purposes, and I am not making any specific recommendations. This is simply a guide to assist you in thinking about your own personal position, how much risk you are willing to take, and what your expectations are.